Wow, it's been weeks since my last post. I suppose that's mostly the result of how crazy busy I've been, but then I'm always crazy busy. I've been doing some travel for work and I've got some more travel coming. Then Spring Break for the kids. Then...who knows, I just hope it's good news rather than bad. And I hope congress pulls their heads out of their asses and does their job so my wife doesn't go on furlough. But I digress.
Things will continue to be quite around here. I still owe reviews on The Half-Made World by Felix Gilman (Indiebound, Book Depository, Amazon) and Someplace to be Flying by Charles de Lint (Indiebound, Book Depository, Amazon) . And now I'm reading The Folly of the World by Jesse Bullington (Indiebound, Book Depository, Amazon)  - this one is so far not what I expected. I think that's a good thing, as it's my first Bullington book, the style is a bit different from the typical SFF novel. Certainly night and day compared to the book I read immediately before by de Lint.
Anyway, I may find time this week to wrap up a review and I may not. Time will tell and the next book review will be written and posted when it's ready. I've long ago gotten past the need to post as regularly as 'they' say I should.
I'll leave with the books I've received over the last month or so. As usual, it doesn't count the electronic copies I've gotten, which are near as many (with a few duplicates). Ciao! 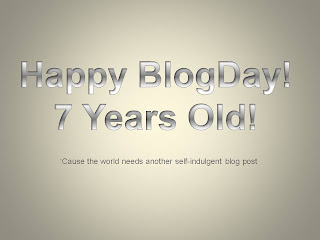 Well, yesterday was the 7-year 'blogday' for Neth Space, so this is the obligatory blog post celebrating just how great my blog is. In all seriousness, it has been a great run and I plan to move forward and see where the blog takes over the next few years.
OK, carry on. Back to doing things far less imporant that this blog post.
Posted by Neth at 2/04/2013 10:58:00 AM 13 comments:

Email ThisBlogThis!Share to TwitterShare to FacebookShare to Pinterest
Labels: things not of interest

After reading Myke Cole’s debut, Shadow Ops: Control Point (my review, Indiebound, Book Depository, Amazon) in 2012, the sequel, Shadow Ops: Fortress Frontier (Indiebound, Book Depository, Amazon) immediately became a must-read for me. However I can’t help but notice that everyone else seems to think as highly of Cole as I do – a quick check of blogs that I follow will find that most have reviewed Fortress Frontier already. And generally, I agree with what they say – it’s a great book. It’s an improvement over Control Point, and the new protagonist is one I like a lot better. The world is bigger, the adventure more epic, and the depth of thought is still there. I called Shadow Ops this generation’s The Forever War, and with the sequel, these books really are a story for the current generation, one that struggles with the might of the government, the threat of terrorism, and the loss of freedom. These books make me think.
But, the review saturation had sapped my enthusiasm for writing a review. I couldn’t find anything new to add to the conversation. Yep, Cole is awesome, the book is awesome, go read it. Do I really need to say it too?
So, I’ve thought about things and then my contribution to the conversation finally clicked into place. I imagine I was somewhat inspired by this review over at Tor.com. There is a short discussion of criticism of the book, which stands out because of the relative lack of them in reviews for Fortress Frontier. The discussion mentions that Cole’s world is a man’s world with relatively few female characters (dare I use the word ‘token’?). Well, that’s not my focus here, but it’s certainly worth noting and discussing in its own right.
A common thread through all of those reviews I’ve mentioned above is that they like the protagonist (Colonel Bookbinder) that Cole focuses on in Fortress Frontier a lot better than the protagonist (Oscar) from Shadow Ops. I share this feeling – I enjoyed Bookbinder much more. If you go back and search out reviews of Shadow Ops, the biggest criticism that you’re going to come across is a dislike for Oscar. Take another look at all these reviews I’m mentioning – they are written by white people*. Take a look at Bookbinder (white) and Oscar (black). Now, there are lots of reasons why I think Bookbinder is a character that more can relate to. There are lots of examples of Cole simply improving as a writer. But I’m not going to talk about any of them. I’m simply going to point this out – the near-universal opinion that Bookbinder is a more enjoyable protagonist than Oscar is essentially has a direct correlation to race.
Tell me I imagining things. Tell me that it’s a coincidence and not real (after all, remember, I’m a white guy who likes Bookbinder a lot more as well). But, the more I think on it, the more troubled I am about it.

And do you know what? This is just one way that Myke Cole’s books have got me thinking. It may not be what he intended (or hell, maybe it is), but it’s there. And it’s yet another reason why people should read his books. In my review of Control Point I compared Cole with Haldeman. I’ll make another comparison now (and I try to never make comparisons in reviews, but I’ve got to mix things up too) – Myke Cole is the most exciting SFF author to come along since Joe Abercrombie. And considering all the great authors that have entered the scene over the past few years, that’s high praise.

For a while now I've been thinking on my attitude toward 'indie' books and authors. Back when I began writing it was pretty straightforward - avoid them at all costs. The truth is that I still generally feel that way. I simply don't have the time to sort through the dross to find something that is any good. And there are no trustworthy sources that I know of that do that sorting for me.
But, the face of self-publishing is changing. Established authors do it for some projects, for their back list, charity anthologies, etc. It can no longer be said that self publishing is synonymous with crap. It's harder and harder to sort out a traditionally published author from self-published authors. And it's becoming increasingly clear that there are some self-published books that are indeed very good - for example, at least one made the 2012 Locus Recommended Reading List - Wool Omnibus by Hugh Howey (Amazon).
So, basically, I don't think I can outright refuse to read self-published books anymore. Now, I'm not changing my review policy (and for now the harsh language will remain). And generally speaking, review inquiries for self-published books will continue to go into my spam folder, or get deleted unread, etc. But, when I hear about exceptions often enough, I'll certainly consider them.
Over the past few months I've started to head down this road - I've ordered a few self-published collections/anthologies (mostly for charitable causes). However, over the past few days I've gotten copies of a few, truly self-published books. They are now lined up in the insanely long queue with all the other books I receive. But, I do imagine I will try one or two of them soon. And for me, that's a big change.
Posted by Neth at 2/01/2013 11:23:00 AM 7 comments: